Help us welcome national choreographer Charles Anderson back in studio the week of July 2- July 6, 2018. Charles Anderson is a former member of New York City Ballet and became one of the leading forces of the San Francisco Bay Area contemporary dance movement. He  began choreographing ballets while still a dancer with the New York City Ballet, and he co-founded and acted as Artistic Director for Ballet, Inc. in New York, where he choreographed many of his early works. He later founded and lead Company C Contemporary Ballet in 2002 in San Francisco. Anderson’s work reflects a blend of classical and contemporary influences and is included in the repertories of professional dance companies throughout the country.

Verb Ballets will remount his striking contemporary ballet Aposiopesis. The highly kinetic work embodies the athletic prowess that sweep the stage in a calligraphic effect while displaying moments of tenderness. This full ensemble ballet was originally created for Company C. Anderson came in 2016 and set the ballet on Verb Ballets, he returns to set the first movement. In addition, he will set a signature pas de duex on the company to debut for the 2018-19 season. Verb Ballets looks forward to hosting Charles Anderson and adding to the wealth of company repertory.

Charles Anderson (Choreographer) danced with the New York City Ballet from 1985 – 1993, where he worked with Jerome Robbins, Peter Martins and many other notable choreographers. Anderson began studying dance at an early age and later trained at and received full scholarships to the San Francisco Ballet School, the Joffrey Ballet School, the American Ballet Theatre School, and the School of American Ballet. He began his choreographic career while still a dancer with the New York City Ballet. In 1990 he co- founded Ballet, Inc. in New York with long time friends Patrick Corbin and John Selya. He later co-founded Company C Contemporary Ballet in 2002 with Elizabeth Reed, and served as Artistic Director. Anderson’s works are included in the repertories of professional dance companies throughout the country. He has been a prominent ballet teacher in the Bay area and has been a guest teacher for Smuin Ballet, Matthew Bourne, Oakland Ballet, Twyla Tharp Dance, Hubbard Street Dance, the North Carolina School of the Arts, and the Henny Jurriëns Foundation in Amsterdam. In addition to his work as a dancer, choreographer and teacher, Anderson has served on the board of governors for the American Guild of Musical Artists, created costumes for the New York City Ballet’s Diamond Project, been an adjudicator and instructor for the Bob Fosse Scholarship Program, and served as a panelist for the Los Angeles Cultural Affairs Grant. He is the recipient of the 2014 Live Blessay Lifetime Achievement Award and the 2015 Izzie Award for Outstanding Achievement in Restaging/Revival/Reconstruction.

”I started choreographing Aposiopesis some 20 years ago and it has been re-choreographed probably five times so it’s unique in that way. 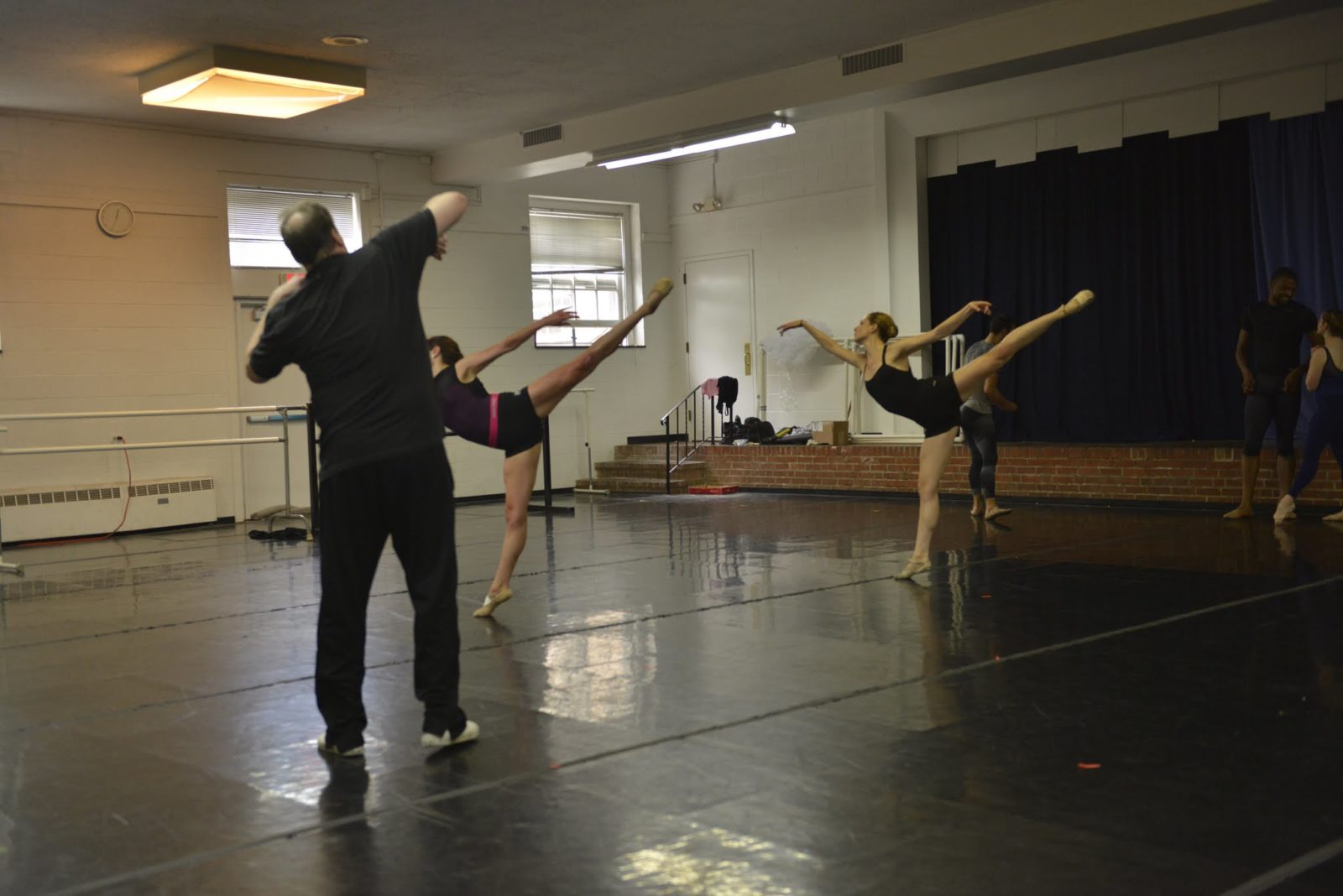 Read the interview by Victor Lucas of CoolCleveland

We met with choreographer Charles Anderson at the Verb studio prior to an open rehearsal. He’d been setting his piece on the Verb dancers for the last week in June, but Aposiopesis began long before that.

Charles Anderson: I started choreographing Aposiopesis some 20 years ago and it has been re-choreographed probably five times so it’s unique in that way. The first time that I choreographed it I was very inspired by the music by Michael Nyman. Every movement is in a different time signature, 5, 4, 6. Aposiopesis rolls around in our Company C repertoire every couple of years and it also gets performed by other companies, most recently Tucson Ballet.

CoolCleveland: Why the title?
Aposiopesis? My father was a freelance choreographer for most of his life and he was also into words. An aposiopesis is a sudden break in your train of thought. We’ve all had one, so we should all know what aposiopesis means. This music originally had many movements that ended abruptly, so that’s where the word and the ballet connect. Some of those movements have been cut but you’ll notice that there’s still a break in the middle of this piece and it’s a very important one because this ballet, if it’s about anything, is about one person — it happens to be a woman — struggling with difficult parts of herself. She’s emotional, she wants this and she wants that, the kind of emotion you go through when you’re young. All of the corps members are sides of herself, echoes of her personality. The leading male character is a stable person in her life. What would you say to yourself if you met your 14-year-old self?

Aposiopesis (2001)
Choreography: Charles Anderson
The highly kinetic work embodies the athletic prowess that sweep the stage in a calligraphic effect while displaying moments of tenderness.