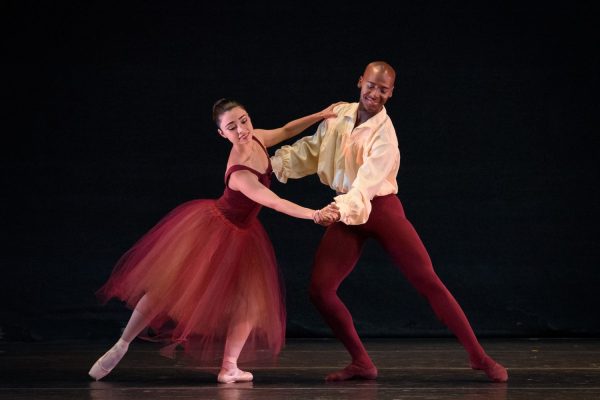 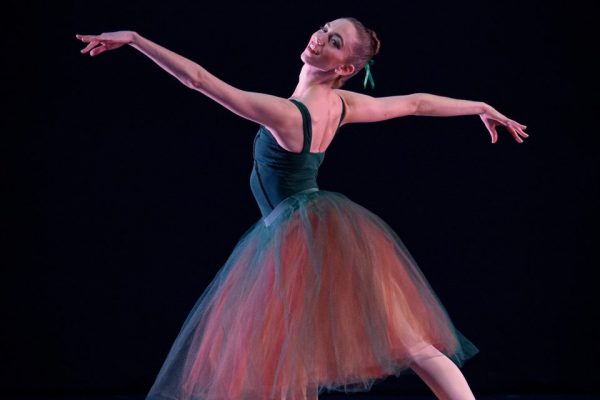 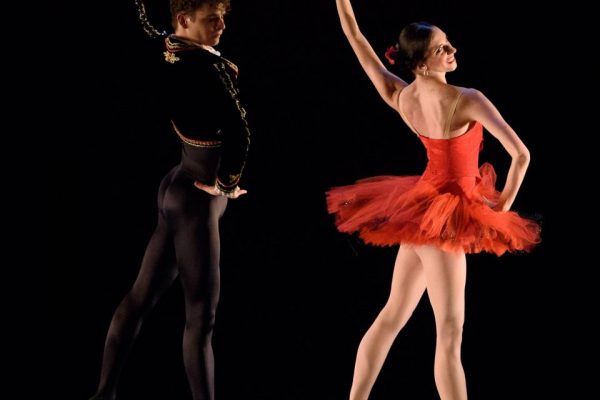 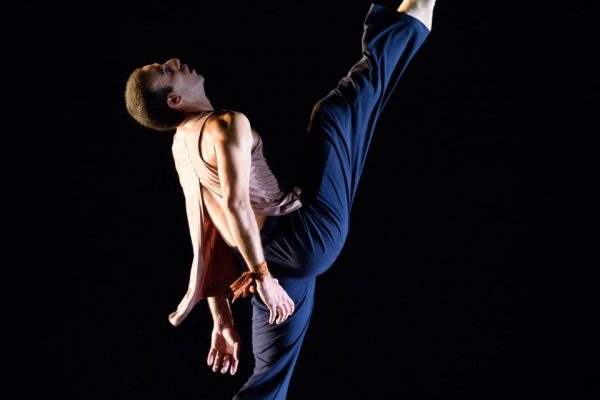 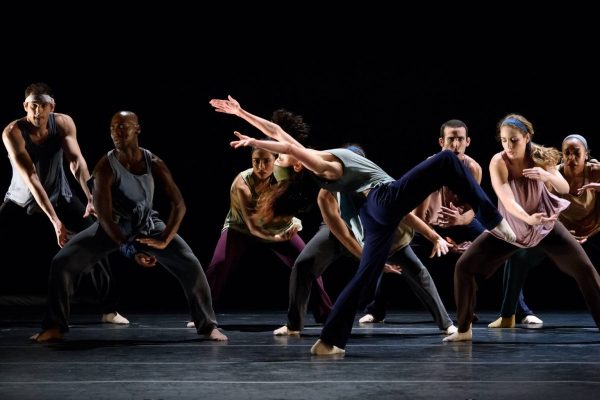 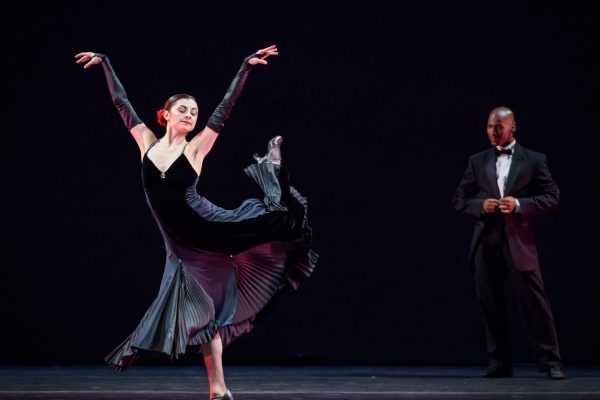 Verb Ballets celebrated its 30th anniversary with some things old and something new at the Heinz Poll Summer Dance Festival in Akron last weekend, namely two classic works by Poll and the world premiere of the modern dance Surge.Capacity.Force.

Half of the dances on the program at Firestone Park were longtime favorites that Poll, who founded the former Ohio Ballet, had created in his Akron company. They included his early Schubert Waltzes, from 1974, a delicate, classically beautiful ballet featuring three sets of couples, color-coordinated in red, green or brown.

The mood of the work, set to piano music by Franz Schubert, ranged from a gentle solo frolic by new company member Mariana Perez to a stately sounding waltz as all three couples prepared to leave what feels like a special social dance. Perez, Omar Humphrey, Kelly Korfhage, Michael Escovedo, Kate Webb and Nathanael Santiago seemed to barely skim the stage in this ballet, which had a feathery feel as each man lovingly lifted his partner high above his head as she arched back gracefully. The small flourishes added much to the partnering, including a moment when each of the three women simply touched the left side of her netted skirt, in unison.

In the sassy, exuberant Eight by Benny Goodman, Verb continued the Ohio Ballet’s celebrated tradition of making this 1992 dance a staple of its outdoor summer performances. The stylish, eight-movement dance, rooted in the big-band era, featured men in tuxes and women in slim ballgowns in several sections, as well as a trio of female dancers wearing sweet pink short dresses, pillbox hats and white gloves in Somebody Stole My Gal.

Some of its most thrilling moments included the powerful Omar Humphrey’s one-arm lift of Webb high above him in I’m Nobody’s Babyand Webb’s sultry, lonely solo to How Long Has This Been Going On.

The excitement of this classic work, staged in the Cuban ballet style, continued right through Korfhage’s final curtsey, in which she placed her palms in front at her waist and curtseyed with her back leg far behind her.

Finally, the company assumed a vastly different style for Tommie-Waheed Evans’ Surge.Capacity.Force. The dance began to a recording of Pete Seeger’s This Land Is Your Land, with banjo, as eight dancers marched in place. The barefoot dancers moved across the stage floor on one knee, executed apoplectic movements, turned their backs to the audience and jerked their shoulders in a dance that morphs into highly rhythmic sections, set to the pieces Bardo Thodol and Mint Tea with Gadaffi.

There’s a mounting tension in this work, which has a message of social justice that’s especially clear when a man’s recorded voice is heard yelling despairingly, “We are people! We are not garbage!”

The message of a human being denied his rights is clear. Evans takes it even further as the dancers move to the edge of the stage and yell out to the audience “I’m a human too!” and “But why? I just wanna be here!” over and over, a desperate-sounding ending to an intriguing new dance.